Vitamin K is necessary for normal blood clotting and synthesis of proteins found in plasma, bone, and kidneys.

After some decades of studies today, we know that vitamin K2 as MK-7 is essential for the function of several calcium-binding proteins involved in the maintenance of the normal structure of osteoarticular system, teeth, arterial wall, and for the regulation of cell growth.

Vitamin K is essential for the proper formation and full activation of the Gla proteins. The Gla protein osteocalcin, when fully carboxylated by vitamin K, allows for the binding of calcium to the bone matrix. 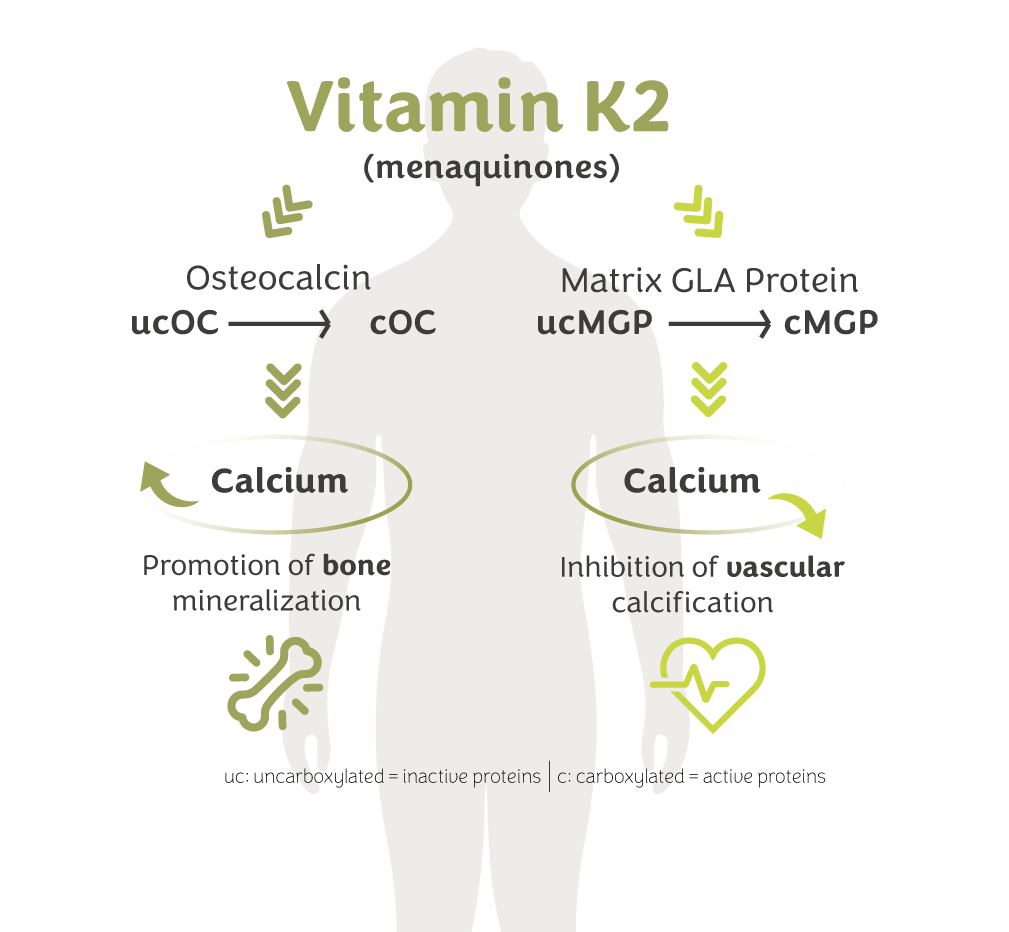 Natural vitamin K2 as MK-7 is the essential cofactor for the enzyme γ-carboxylase which is able to carboxylate these calcium-regulating proteins making them able to form calcium-binding groups essential for their biological activity. By controlling these proteins in vascular tissue, vitamin K2 keeps calcium out of the arteries and drive it to bones.

Research has found that osteocalcin was undercarboxylated by 40% in postmenopausal women when compared with premenopausal women (Knapen 1989). Uncarboxylated matrix Gla-protein is associated with the increased vascular calcification and cardiovascular disease (Hackeng et al. 2001; Schurgers et al., 2013).

How do vitamins D3 and K2 work together? 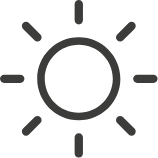 The importance of vitamin D for bone health has been recognised since it was used to eliminate rickets in the 1930s. Vitamin D is a fat-soluble vitamin that functions as a hormone in the body to regulate calcium metabolism.

Recent studies have demonstrated that the combination of vitamin K2 as MK-7 and Vitamin D3 is more effective in preventing bone loss than either nutrient alone. Taking just vitamin D may not be enough and very high doses once per year may have adverse effects.

With low levels of vitamin K2, there are a simultaneous lack of calcium in the bone and an increased concentration in the blood. This accumulation can lead to calcification in the vessel wall of our arteries with clinical relevant consequences, such as cardiovascular accidents and bone fractures.

This happens because the action of Vitamin K2 is impaired: vitamin K2 as MK-7 does not activate enough calcium-regulating vitamin-K2 dependent proteins, such as osteocalcin – making it able to put calcium in the bones – and the vascular protein MGP – which inhibits arterial calcification.

The strength connection between calcium and vitamin K2 has been described in the so-called calcium paradox where the highest rates of hip fractures occur in the countries with the highest calcium consumption.

As defined by EFSA in the “Scientific Opinion on Dietary Reference Values for calcium” (May 2015), hypercalcaemia is unlikely to occur with high intake of calcium from the diet alone but can be caused by high-dose calcium supplements, especially when accompanied by vitamin D supplements, as these can increase calcium absorption.